To cross or not to cross…

Have lots of fun as you try to cross the street safely. Help granny cross and get bonus points. And of course, make sure you get the super chicken powers!

Challenge your friends by sharing scores in this friendly and stylish retro pixel game.

Brazil's Verve Cultural invited us to create a project to raise awareness about one of the main social issues in Sao Paolo which is traffic accidents involving pedestrians.

We wanted to create something that would hopefully raise awareness in a playful and didactic way. So we thought gamification was the way to go.

Something that made this project very interesting and challenging at the same time was the fact that people were not going to play the game on a standard screen. Instead, the screen was going to be the façade of Sao Paulo's FIESP. The FIESP is a 22-story building located right on Avenida Paulista which is one of Sao Paulo's main traffic arteries with close to 800,000 people walking down its sidewalks every day.

But even though the screen surface is enormous, it displays a very limited amount of pixels, which made the challenge even more complex.

We needed to create the a game while also delivering a message within a very confined canvas that was in turn going to be displayed on a massive surface.

In addition to this, anyone who walked by it was a potential player so immediacy was a key factor. The game had to be fun, simple to play and deliver the message.

This made us resort to timeless game aesthetic that always makes the most out of using very limited resources. Naturally I'm talking about the pixel graphics aesthetic and classic arcade games and how they've always been great at applying the concept of "less is more".

A game mechanic that seemed very suitable was the one of Frogger - the classic ATARI Game, which we used as a starting point to create: Street Crosser…

Street Crosser is a two-player game where you are trying to cross all the way through to the other side of a massive highway without getting run over. While you're dodging formula cars and trucks, you might stumble into the good ol' "granny" and if help her cross to the other side of the street you score bonus points. And then there's a chicken that might show up anywhere which has super chicken powers. If you catch it you'll become you invincible, allowing you to cross as many times as the powers last. It has a time counter that once finished displays the players' scores and more importantly, the game's moral.

Musicwise, it was clear we had to go for full-on chiptune soundtrack. The only way to go with this type of games.

Arcades also inspired us when it came to creating the game controller. So we decided to build a physical control board with typical arcade buttons that would sit on top of a container on the other side of avenida paulista in front of the building façade where people would be playing the game.

Street Crosser was displayed at FIESP over four weeks, where millions of pedestrians could have a go at playing while hopefully becoming aware of the message we were trying to convey. It was part of Mostra Play! 2014, an event showcasing international new media and animation artists.

The response to game was so good that we were convinced we wanted to bring this experience across other platforms to hopefully continue spreading awareness, while keeping it fun and entertaining. So we will be releasing Street Crosser for mobile devices on the AppStore and Google Play - completely free.

Thank you for watching and remember, there are no super chicken powers in real life!

This is the kind of gamification I can get behind… Kotaku 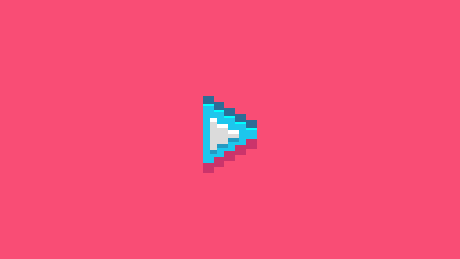 best websites of the world